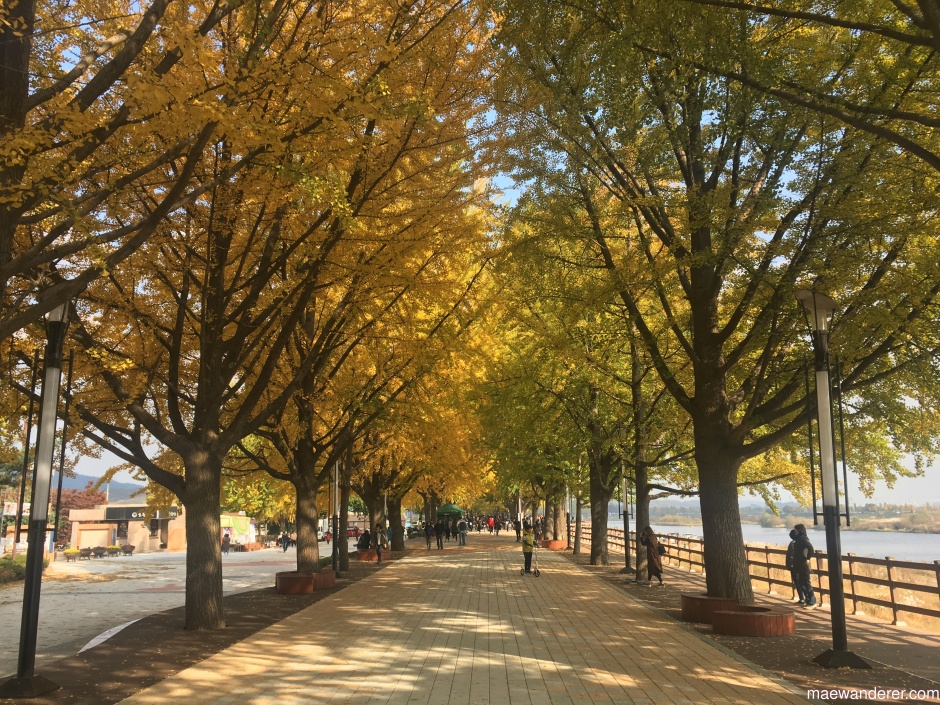 We all know that Korea has four seasons and each season have their own charms.  Autumn is definitely one of my many reasons to visit the country again. The yellow, red and orange fall foliage can be spotted everywhere. Nami Island is the most visited place outside Seoul especially for first time travelers to Korea. But have you also heard about the Ginkgo Tree Avenue in the city of Asan? If you try to look for the best places to visit in autumn, this place would always be on the list. 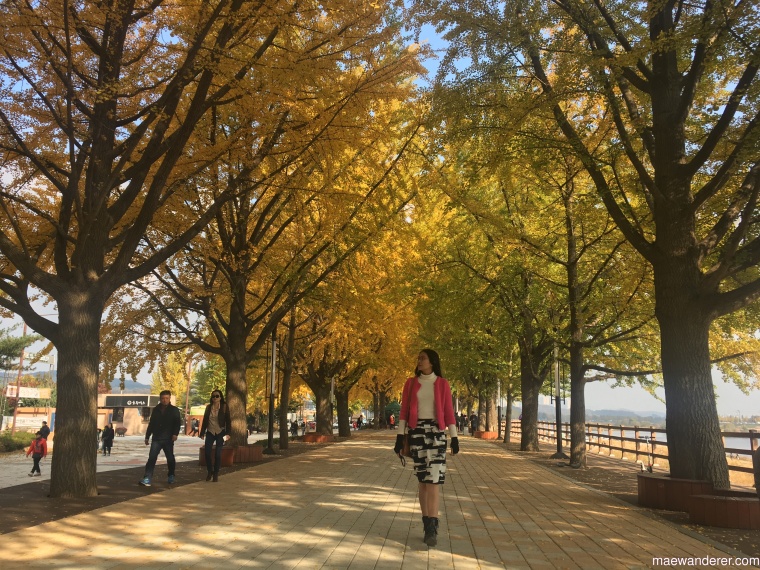 It’s a 2km ginkgo tree-lined road. During autumn, the ginkgo leaves turn into golden yellow color. I went to see the ginkgo avenue on the 4th of November and it was a little early as most leaves are still colored green. The view is still amazing though.

I didn’t expect to see a variety of beautiful flowers in full bloom beside the lake.

Say Hello to the Cosmos flowers 🙂 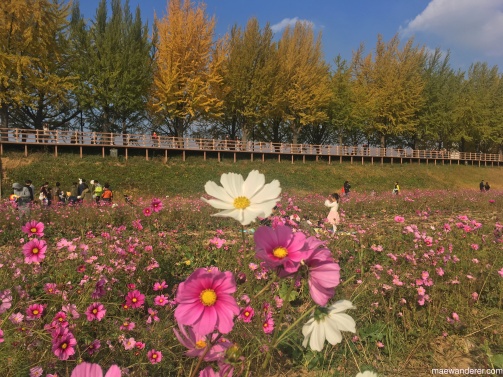 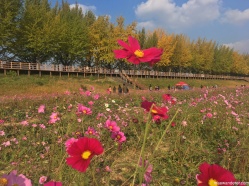 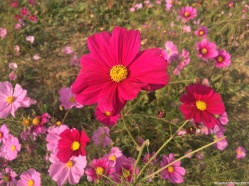 There were also chrysanthemum, sunflowers, silver grass and others. 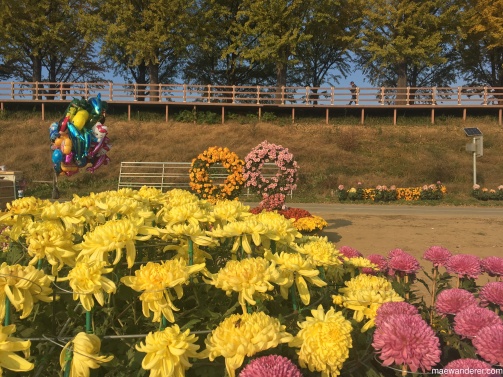 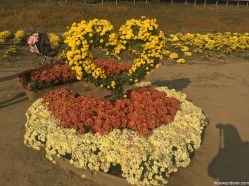 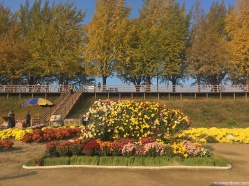 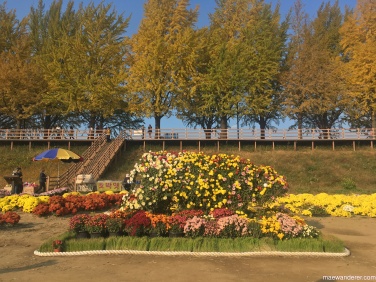 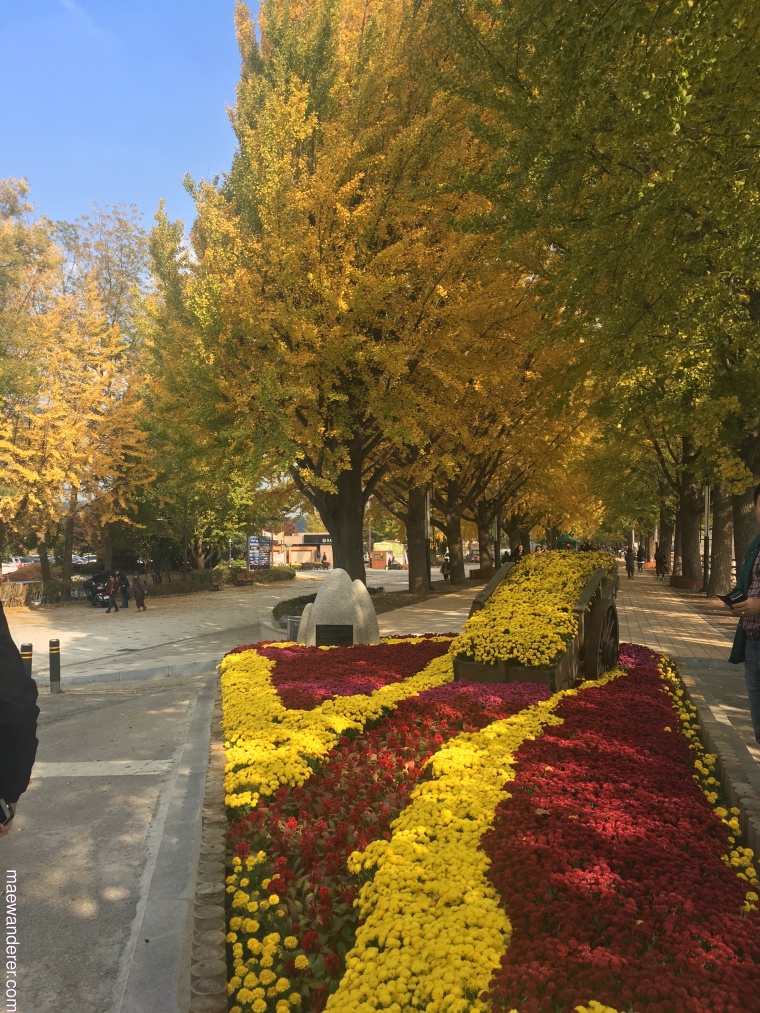 If you miss the Ginkgo tree avenue this year, don’t worry, it’s never too early to plan for the next autumn. So, let’s start planning. 🙂